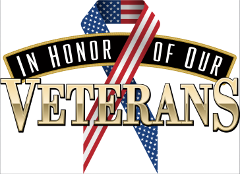 Thank You For Your Service

My family and I have been saving for the past two years to plan a trip to Washington D.C. With our children now teenagers, it seemed like the ideal time to go learn about our nation’s past...and future.

Among the memorable sights, some truly stood out. These include: the Wright Brothers plane, the SR-71 Blackbird (my dream aircraft), the Magna Carta, the Declaration of Independence, the U.S. Constitution, and the Bill of Rights. But if you asked me what affected me most, it would be none of these things.

One overcast day, we decided to go to Arlington. When we arrived at the Tomb of the Unknown Soldier, we were privileged to stand next to an Honor Flight, a nonprofit group that honors veterans and their sacrifices. We stood and watched the changing of the guard at the Tomb while surrounded by veterans from all branches of service and all eras. These men and women gave us our freedom, they fought to defend it and now, at Arlington, we began to understand the saying, “All gave some. Some gave all.” This was the price they paid for this country.

When we left Arlington, we walked to the Lincoln Memorial where we watched the United States Marine Corps Silent Drill Platoon perform for at least three different Honor Flights! And then, from there, we walked to the Vietnam Memorial.

My father is a Vietnam Veteran who experienced the hatred that some of the public gave to them upon their return. I have another friend who was spit upon after he returned. Another man I know was asked to leave his church after he returned. It was not one of the better moments in American history. Even more than that, as I looked at the names carved into the Wall, I realized that my father’s name could have just as easily ended up on the Memorial.

As we stood there, I thought of some of the lessons we learned while developing The Trek. Old wounds don’t always just “go away”. Grief that we don’t deal with can affect us for many years afterward. Rejection and shame can change the way we relate to others. This was a war that affected generations, and still affects many veterans to this day.

When we were coming to the end of the Wall, I noticed an older gentleman with a Vietnam Veterans hat on who was touching names of people he recognized...and crying. I couldn’t “fix” his past, I couldn’t bring his friends back, and I couldn’t speak for the entire country. Instead, I spoke for me.

I touched him on his shoulder and with tears on both of our faces, I said, “Thank you for your service.” And when he cried more, I cried, too. He looked at me and said, “Thank you.” Then he turned and walked away.

To all of our veterans who have served in times of war an in times of peace, we just want you to know that your service and your sacrifice has been noticed and is appreciated. On behalf of everyone here at The Trek, “Thank you for your service!” And if we can ever serve you, please let us know. It would be our honor.

We hope you enjoy your journey.