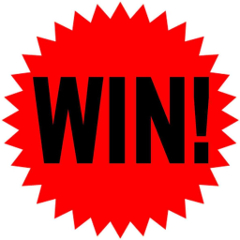 I was sitting with a group recently when someone made a comment that I knew was incorrect. Without thinking, I corrected that person...in front of the group. I don’t think I was harsh, I hope my tone was good, and I’d like to think that I explained it well. It was a scientific question, so in this case, there really IS a “right” and “wrong” answer.

Unfortunately, I got the feeling that my correction wasn’t...appreciated. I was told that they had read it on the Internet! They then got out their phone to verify that what they had said was correct. After a few moments of searching, they told me that I was right, after all.

What would I have done if they hadn’t? What if they had insisted that what they read on the Internet, saw on TV, or heard from a best friend’s brother’s part-time roommate was the correct answer?

Hopefully, I wouldn’t stress over it.

Obviously, the time of day, the amount of stress in my life, the amount I’m feeling “combative”, will probably make me WANT to respond, but it’s still my choice. If they insisted something that is objectively verifiable – 2+2=4 – was NOT correct, I have two main choices: take it or leave it.

So, how do we tell if something isn’t worth fighting over? Let me give you some general guidelines:

If someone gets into my face and begins to scream at me that the grass isn’t green, the sky isn’t blue or something like, “The Packers and better than the Vikings!”, I get to decide if I want to argue with them over something that’s obvious. If, clearly they are wrong, it’s probably not worth my time. Why? Because even though all of the facts are in evidence, they refuse to accept them. If that’s the case, then no amount of words I ever use will change them. It’s not worth trying to “win” if it’s obvious and they refuse to listen to the facts. (Sorry about the football comment, but 'tis the season...right Beck?)

One of the saddest things I think I’ve heard about is organizations that split for silly reasons. I’ve heard of a church in Iowa that split over a coat rack! According to the story, and I’ve never actually bothered to verify it, there are now two churches: one advertised WITH coat rack, and one WITHOUT coat rack. If I have to win at all costs, even on something that’s not really important in the grand scheme of things, then I have the problem, not the other person. It’s not worth the “win” if it’s not really important.

One of the things that people do when they argue, is they “kitchen sink”. What that means is that they don’t stay on the topic / issue at hand and, instead, they start dragging in the past, other arguments, other hurts, others problems, etc. If you’re talking through a current issue, keep it current! Does this mean we don’t address past hurts? Certainly not! But it DOES mean that we deal with things one at a time and we focus on the current issue, not the past ones. More than that, we keep in mind the fact that if we’ve claimed that we’ve forgiven them, then we’ve also given up the right to bring it back up in a current situation! If it’s not current – or at least the current topic – than it’s not worth the “win”. Stick with what’s in front of you, deal with it, and then move on.

4. Will it improve the relationship?

This is the most important question. If I’m arguing with my wife over something trivial, if it’s something in the past, but I’m convinced that I need to “win”, I’m really going to lose… There is NO WAY to win that argument! I may "win" and I may feel good about the fact that I “won”, but the damage I do to the relationship will make me the loser in the long run. If it isn’t going to improve the relationship, then it’s not worth the “win”. (And, at some later point, I’ll talk about how arguments can actually be GOOD for a relationship!)

So, I’ve looked at these things and decided that it wasn’t worth trying to “win”, what do I do next?

First, take a deep breath. This is NOT easy and, like all skills, will take time to acquire and strengthen. You need to slow down any of the chemicals rushing around in your system before you worry about the chemical-fueled person standing in front of you. :)

Third, listen to their arguments – and I do mean, actually listen! You may NOT be 100% correct. You may be arguing about completely opposite things. You may have misunderstood what they were saying. If nothing else, you can confirm that you DID hear them correctly.

Fourth, silence is acceptable. There’s an old saying, “If you can’t say anything nice, don’t say anything at all.” Rather than argue, rather than call them an idiot, or saying something you might regret, try saying nothing at all… If nothing else, take the time in silence to think of a polite response like, “I think that’s something we should look at together. Can you show me where you heard that?”

Fifth, it’s okay to agree to disagree. If you can’t find a way forward, do the “Frozen” thing and “Let It Go”. If it’s something that really doesn’t matter to life, then it really isn’t worth being upset over. You don’t have to change them, and you don’t want that responsibility, anyhow.

In closing, let me remind you that this is NOT easy the first time you do it, especially if anger is a pattern in your relationships. However, if you can work on this, you can release some of your stress, regain your thoughts, and maybe even rebuild a relationship.

And who knows? You may be able to win them to your side simply by reacting in a positive way!

Next time, we’ll talk more about when “winning” matters. Until then, we hope you enjoy your journey!