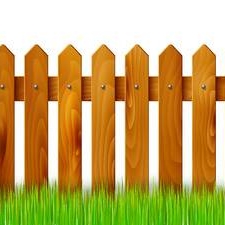 Over the past few years, one of the biggest things I’ve personally had to talk with people on is boundaries. Sometimes they’ve been “small” - like the mother who got “volunteered” to take all of the neighboring kids to soccer practice. Other times they’ve been “large” - like the father who had decided his 20-something daughter needed to move back home to be “safe”. (Strangely enough, I’ve encountered this second situation a number of times.)

No matter what the situation, however, I always seem to follow the same steps, and those steps are going to be what we talk about in the next few blogs:

To decide if you need to set a boundary or not, you need to be calm. Take a few moments, step away from the situation, calm down, and go from there. You cannot make progress if you’re angry or hurt! Once you’ve gotten yourself under control, you’re all set to move onto the next step.

This may sound obvious, but a lot of times we THINK we’ve understood what’s being said – and meant! – but we missed something along the way. Before you need a boundary, you need to understand:

What have you been asked/told to do?

What were the words?

The words, the way the idea was expressed, matters! Someone was asked, “Are they a good person?” and took it to mean, “I hate all of your friends!” When they met with me, it turned out that the parent was concerned over a bad breakup and were worried that their daughter might have chosen her new boyfriend too quickly. To their credit – and the daughter agreed – they expressed their concern by asking a question, rather than making an assumption; the words they used were fair and appropriate.

What was the tone?

Here’s where we get into a “gray” area. If I assume that you’re going to be mad, I will hear anger, even if it’s not really there. Look back, reflect on it, and decide if you can hear the tone used. (If it’s an email or text, unless they’re swearing, it’s almost impossible to know their tone!) Obviously, if they’re yelling or crying, it’s a lot easier to decide what the tone was.

Once you have a handle on the situation, you can move on. The problem is that most people plan their responses without taking the time to make sure they understand what’s really going on.

Step 3: Identify the motivation, if you can.

Why is the person/people asking this of me? If you are “volunteered” to drive for soccer practice, is it because no one else has a vehicle? They all have full-time jobs that they can’t leave? Everyone else has Yugos and you have a minivan? (Hey, the Yugo WAS a real car and it came with fun options like “seats”.) I admit that you could have been asked better, but there may BE a good reason for why you were “volunteered”.  If you can determine the motivation, it may help you to make a better decision.

Okay, that’s it for “Round One”. I’ll be back next week with “Round Two”. Until then, from all of us at The Trek, I hope you enjoy your journey!

Lessons From Filming (Round One)

Lessons From Filming (Round Two)

What Do You See?