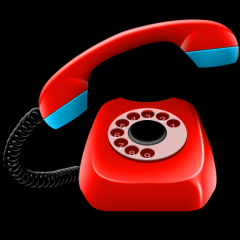 Have you ever played the old “Phone Game”? If not, let me explain it to you. You sit in a circle with a group of people. One person is chosen to start the game and they think up a message like, “The pink elephant ate eight emus.” They whisper it fast and quietly to the person next to them and they are NOT allowed to repeat it. By the time it goes through 8-10 players, you get a message like, “The stinky emu went to play baseball.”

Why does this happen? Well, as Alan Greenspan famously said, “I know you think you understand what you thought I said, but I’m not sure you realize that what you heard is not what I meant.” Or, as an article in Psychology Today said, “Why didn’t you hear what I meant to say!”

In simple terms, we humans have the ability to mess up Communication on pretty much every level!

The only way to make sure that what we say is understood correctly, we need to ask our listeners to repeat it back to us. (I usually watch expressions; if they frown or look confused by what I’ve said, I assume that I failed and immediately try again.) Making sure that we communicate important things clearly and carefully will make sure that we avoid the “Phone Game” - at least to a greater extent!

Next, when we do hear a message from someone that doesn’t make sense, we need to “Reality Check” it immediately. Go to the person, without anger, and say, “I heard that you said [insert comment here]. Is that true?”

If it IS true, then you can be angry or hurt by it. If you go in assuming that it’s true then you CANNOT have a real conversation! You’ve already acted as judge, jury, and executioner and you’re just there to make them pay for their comment...whether they made one or not!

If it is NOT true, you’ve honored them by checking the facts BEFORE you judged them. This helps to build relationships because it allows you to talk things out; rather than argue and fight first and apologize later.

So, why are we talking about this now?

Because we’re going into the Christmas season and many of us are going to be spending time with family. (For some, you’re going to spend time with family whether you want to or not!) Now, I know your family is probably perfect – and I know some of the followers of this are laughing – and you’ve never had any issues, right? But for the rest of us, sometimes there is, um, “friction” in the interactions that we have with those closest to us.

Many of the past pains in families that I’ve worked with are because someone supposedly said something about someone else, it was never “Reality Checked”, the relationship broke, and there is anger and bitterness there...all because of something that may never have been said in the first place!

This Christmas, why not give a very special gift: the gift of a restored relationship! Go to those who have hurt you, “Reality Check” with them to find out what was really said, explain how you feel, and go from there. (At the very least, if you discover that it IS true, at the very least, you now know rather than hearing it from others.) If you do this, you may experience the best Christmas ever! As always, it’s your Choice!

Have a very Merry Christmas and we hope you enjoy your journey!