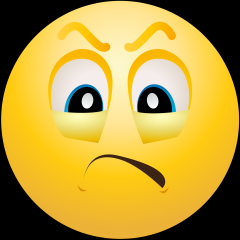 Reasoning With The Unreasonable (Round 2)

In my last blog post, I brought up the subject of how to reason with an unreasonable person. I told you the place to begin in ANY conflict is by looking at our own expectations and behaviors. Now I hope I didn’t offend any of you with that; but if we’re truly trying to be healthy, then any time there’s a disagreement, we should start by checking ourselves, first!
Okay, so I HAVE checked myself and it turns out, I’m not the one at fault. What do I do next? Well, if that’s the case, then you need to keep in mind one easy-to-remember phrase:
You can’t reason with an unreasonable person!
Simply put, it can’t be done. If someone is convinced that I’m an idiot, how am I going to convince them otherwise? If they’re convinced that nothing I say is of value, what can I say to them to prove that my words have value? If they’re convinced they’re right, then what “proof” can you bring to show them that they might not have all the facts?
If they’re totally unreasonable, the best thing you can do is NOT argue with them. First, you won’t change their mind; second, you’ll end up doing and/or saying something you need to apologize for; and third, you probably have better things to do with your life, right?
Does this mean it’s the end of the conversation; that I simply have to put up with it? Actually, no...and that’s what I want to spend the rest of this article talking about.
Step One: Evaluate The Relationship
Before we talk about anything else, you need to decide if it’s worth going any further. If this is just some grumpy person you met one time in a restaurant, you should probably just let it go. (There’s a Disney song from the movie “Frozen” that can help you to remember that, if necessary.) If this is someone that you either want to or have to have a relationship with, then you might want to keep reading.
Step Two: Stand Your Ground
Okay, this may feel like a contradiction; didn’t I just say not to argue with them? Yes! But just because you’re not arguing doesn’t mean that you have to give in, either. If you know that you’re right, you can use some of the most hated phrases in the English language! Are you ready? “Let’s agree to disagree on that.” “That certainly is one opinion.” “You are more than welcome to your viewpoint.”
Now you have to be careful here, because these CAN be turned into passive-aggressive responses; in other words, I’m trying to upset someone by using these. On the other hand, if I don’t load them with anger, they are safe, easy, and effective boundaries. What I’m saying is, “You have your viewpoint, I have mine, and that’s okay.”
Step Three: Embrace Silence
I know people who want to – love to – argue! They read one article on one website and suddenly they’re experts! When they get going, I usually don’t respond. Why? Honestly? What’s the point. I let them go, let them say what they want to say, and I refuse to engage. While this usually makes them angry, I’m not responsible for the way they choose to feel. I’m not arguing and I refuse to be drawn into an argument, as well.
Step Four: Take A Time Out
In the middle of dealing with an unreasonable person, don’t be afraid to ask for a “Time Out”. I’ve known people who, after the other finished yelling at them, said, “Okay, this conversation has been pretty emotionally-charged. I’m going to step over here, think for a couple of minutes, and then I’ll respond.” This is a great way to set a boundary, to give yourself personal space, and to make sure you don’t react in anger.
By the way, a more blunt way of phrasing this is, “This conversation is pretty unhealthy right now. I’m going to step away and we can continue to talk when we’re both calm.” Notice that you didn’t point fingers at anyone, you didn’t blame the other person or yourself, and you’ve promised to resume the conversation when it can be done in a healthy, respectful manner.
Step Five: Appeal To Another
If you can do it, there’s no harm in looking at another person and saying, “We don’t seem to be able to resolve our differences here. Let’s go talk to ___.” This can be your boss, another family member, group leader, a Pastor, or someone else; provided they’re a disinterested third party – in other words, don’t pick your best friend! In the conversation, avoid emotional outbursts and/or shaming and blaming; instead, try to state what the issue is and ask the third party if they see any way to successfully resolve the situation. Oh, and by the way, just because the unreasonable person won’t go with you, it doesn’t mean that you shouldn’t go yourself; especially if this involves a coworker!
Whew! I managed to condense this down from the small book that I had started writing to something a little more...reasonable. Obviously, in a situation like this, the best I can do is provide general guidelines. When in doubt, grab your Trek workbooks and review your Tools to see if there is anything else that may apply.
As always, we hope you enjoy your journey!
- The Trek

The Awareness Of Definitions

Own It – The Positives